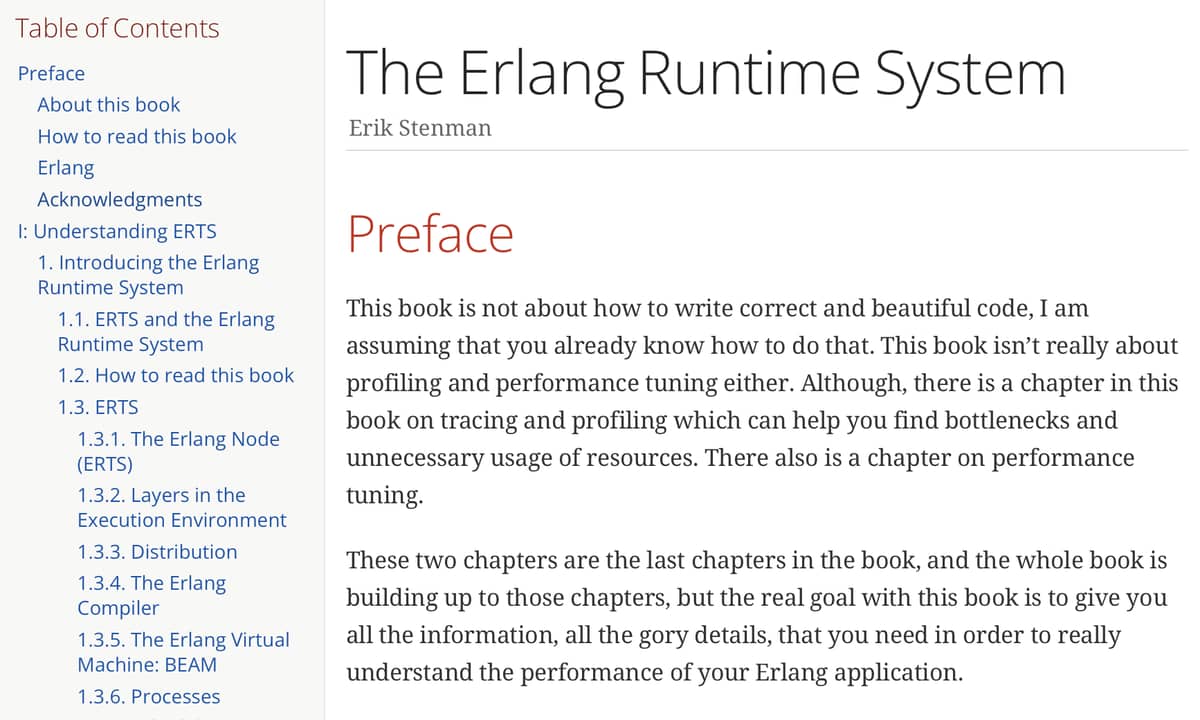 A short and personal history of the book

I, Erik Stenman (Happi), started writing this book back in 2013. At first I was thinking of self publishing the book on my blog, but since English isn’t my native language I felt I needed help by a good editor.

I managed to get a deal with O’Reilly and started converting my outline to their build process. My original plan was for a very long and thorough book, which the editor felt would get few readers. I started cutting my content and tried to write more of a tutorial than a manual. Unfortunately progress was slow and pre-sales was even slower and the publisher cancelled the book in 2015.

I managed to get a new deal with Pragmatic and started converting my content to their build system and rewriting the book according to the more pragmatic style of the new publisher, cutting down the content even further. The series editor also wanted me to fit the book into the Elixir series and I tried to add more Elixir examples. I did not really manage to make it into an Elixir book and also my progress was still slow, which led to another cancellation of the book early 2017.

Then on April 7 2017 I opened the repository to the public to share it with some students. I didn’t think anyone else would notice and I was not planning to release the book for real yet since the repo currently just contains bits and pieces from the different versions of the book.

There was more interest than I had expected though and fortunately also several who where willing to contribute. From now on the book is a collaborative effort to document the Erlang runtime system ERTS and the Erlang virtual machine BEAM, and it is released with a Creative Commons license (see above).

Watch this space for further news and to see the whole book take shape.

GH: GitHub - happi/theBeamBook: A description of the Erlang Runtime System ERTS and the virtual Machine BEAM.

I’ve linked this beam book around places, it’s a great read to understand how it all works!