I wanted to dig into the sourcecode of the shell helper functions, and I cannot find some of the implementations, for example e(N), v(N), f(X).

I would appreciate a pointer to their whereabouts!

For me a good history management would allow people to store history in separated files. This would avoid sharing history across multiple projects.

Per-project history is possible with a combination of direnv with ERL_FLAGS and -kernel shell_history_path ... (already mentioned by @garazdawi). It’s also language agnostic, so Erlang and Elixir can have their respective separate histories.

I have reconsidered my use case.
Usually it is like this:

So, normally I have the function where I need the doc already in the history.

I wrote the new shell command hh(N), which takes an expression from the shell history,
walks down its abstract format tree and calls h(M,F) for every function call.

I have not found functions to deal with AF, so I wrote my own tree walker.

The implementation is here:

If you are interested, I could make a PR out of it.
Otherwise if anybody is interested it should be possible to implement it via user_default.

We were thinking of adding a keyboard shortcut for printing the documentation for the function at the cursor in the current prompt.

Tabbing for autocompletion and documentation would compete for the same space after the prompt. So that it will not clutter the shell if you press or multiple times.

I come again with the history subject as I re worked a bit on this subject in a custom :ssh shell.

A good capacity in the IO/Protocol of erlang would be to overwrite the history behavior. For instance to allow to disable the history for a certain time (for instance when you do hot loads), or even not put in history the command typed in a :io.get_line.

There is 2 solutions that comes to my mind:

Wanted to provide a bit of a summary of what has been done so far.

The following bugs have also been fixed:

Soon ™ we will also have:

We also attempted to:

But they turned out to be far more work than we had expected, so we’ll have to tackle them later.

It would be great if you all could try it out and let us know either in this thread or on our issue tracker if you encounter any bugs or idiosyncrasies.

How about the ability to paste a large list or map etc in the shell and not have to up arrow through each line of whatever you pasted?

It was part of our “Add multiline shell history” attempt that failed as it turned out to be more complex than one would think. The problem is not when pasting terms, but rather when pasting code with comments.

We will make better support for it, but we wanted to merge what we had right and take some time to think about how exactly we want to go about it before continuing.

Any chance for enabling the use of parse transforms in the shell via config?

I implemented, as my first elixir project, my own history. One thing I found useful is the ability to save variable bindings between sessions. 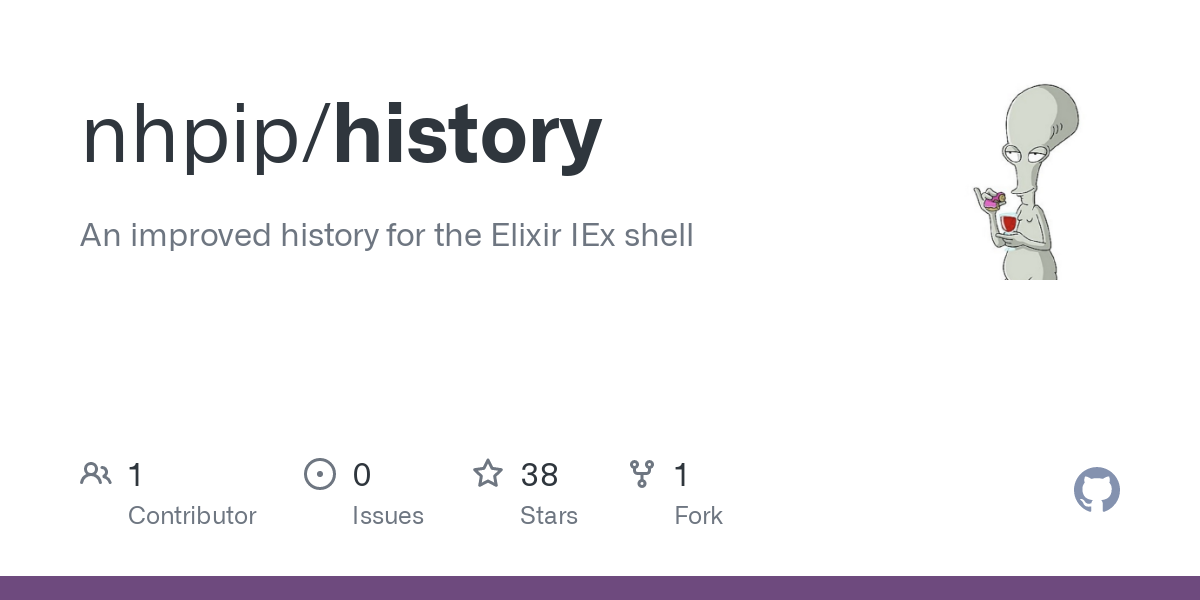 GitHub - nhpip/history: An improved history for the Elixir IEx shell

An improved history for the Elixir IEx shell. Contribute to nhpip/history development by creating an account on GitHub.

One of my everyday pain points is the narrow printing of terms in the shell (normal results, and rp()). Despite my normal terminal being around 140 columns the terms still print in less than 80 (60 it seems from looking at the code!).

Looks like it would be quick to change, the pp function (otp/shell.erl at maint · erlang/otp · GitHub) already does lookup the number of columns available, but then hard-code {line_max_chars, ?CHAR_MAX} (where CHAR_MAX is defined to be 60).

There are different options, maybe just make it {line_max_chars, colums() - <new constant ~20>} would perhaps be the natural - but one could think of adding a config option, etc…

For me it would be definitely the multiline editing and history.

Another issue I am facing is that I am unable to cancel the currently typed expression. This happens usually when I am pasting multiline expression that is incorrectly quoted or has unbalanced brackets. I then randomly put periods, quotes, closing brackets to get at least syntax error and free prompt.

Third thing I would like to see is “unoverwritable prompt”. In other words I do not want my prompt to be overwritten when I am in the middle of typing an expression, for example by log output.
For example when following code is running:

and I am typing longer than 3 seconds, my prompt is overwritten and I am on new line, unable to see where I am, especially when I need to backspace.

Oh yeahhh this would be great. Also there are a whole class of things kinda-like this where it freaks out in the middle of a line, arrowing up through history leaves “ghost” chars at the end, that sort of thing. I always assumed that was just readline or terminal fudgery issues that couldn’t really be avoided, am I off track there?

@garazdawi this is wonderful, and all these changes are so much better beyond what I could imagine is possible in such a short period of time.

quickly though (at least for me) there’s no URL associated with the link to our issue tracker. maybe that’s some security issue with Discourse, or maybe something simply didn’t get properly attached in your post.

besides tagging along with some of the issues others here have raised (particularly syntax-highlighting the returned values in the shell and the the mangling of the input line in the shell in certain circumstances, such as when interacting with more complicated Unicode sequences), I wonder if one idea could cover a number of wants: a status line as emacs, VIM, BASH, and other shells have.

something like what powerline provides could give people a lot of flexibility in customizing their shell and in communicating information back to the user:

I’m guessing that would also require a lot of work, but hey, while we’re all making our wishlists…

there’s another thing I hadn’t seen suggested, which is a sometimes-handy feature Node introduced a while back; for some expressions they show in a muted color under the current line the current evaluation of that expression. that is, as I’m typing some code, it prints out the result as if I had hit enter and evaluated it. I’m not sure how they determine what code they can eagerly evaluate and which would trigger side-effects, but it’s a neat feature.