I’d like to use records as json object, because the handling of records is quite nice with the available macros for records.
For json I use the library ljson (https://github.com/lfex/ljson). However, it seems it can only deal with tuples. Now since records are tuples I thought this might actually work. But it doesn’t.

As it seems the tuples do not have the tuple structure of key:value useable for ljson for encoding because json objects require at least two entries per tuple to represent key:value.

Is there some way to convert a record into a tuple form that would work for ljson?

Not directly. LFE records exactly mirror Erlang records in that they only contain the values and not the key names. You could write a special defjson which gives the right format with usable interfaces.

Yep, thanks. ljson needs tuples of pairs. So the flat hierarchy wouldn’t work.
But that’s OK. I’ll can create factory function that create the tuples I need. Once they are created they actually don’t need to change.

Have a look to my erlang library ? 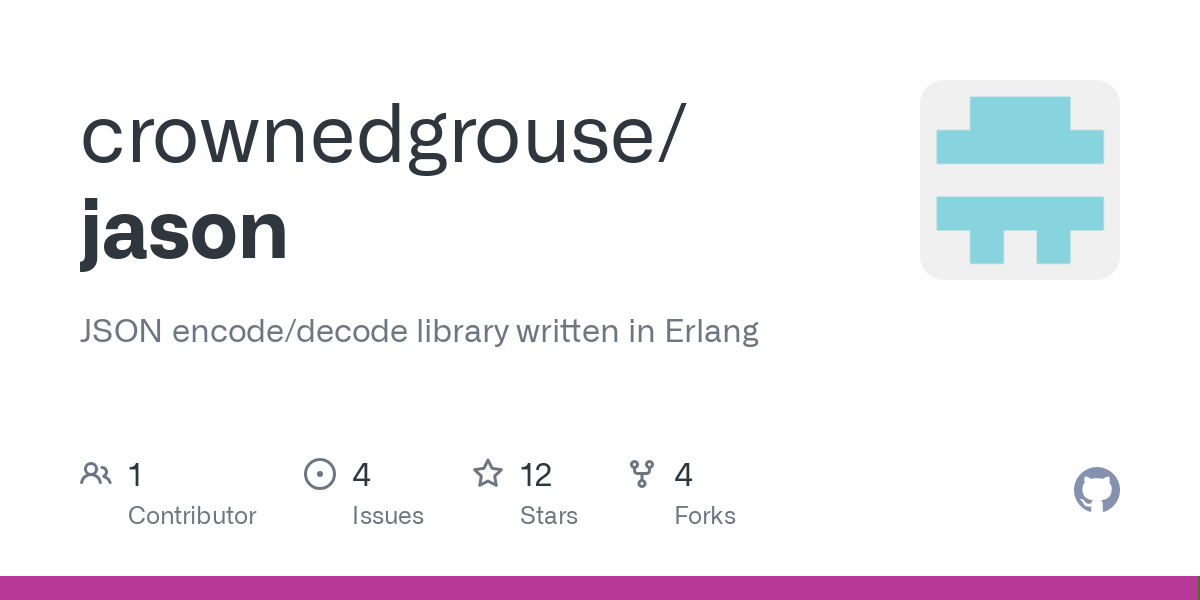 JSON encode/decode library written in Erlang. Contribute to crownedgrouse/jason development by creating an account on GitHub.

Thanks, I’ll check it out.
I believe ljson works with jsx under the hood. But effectively it doesn’t matter and one probably wouldn’t need the additional abstraction.
I’ve planed to make a facade for the json access anyhow which would allow me to easily switch json providers.

Wiki will give you many informations and examples. Jason (nothing to do with elixir lib using same name) was created mainly for records. Enjoy.