What do you think should be in OTP?

In topic What do you think should not be in OTP? pick up a good question. I suppose it make sense to divide it to should be and should not be

. Let’s start about cache in OTP, already implemented ets, mnesia, persistent_term - we can ask, what else we need? Well, at least a simple cache where we can be totally sure about speed and about expiring data. Other point - integrate rebar3 into OTP. And of course add support of client/server for HTTP/1 ,HTTP2, WebSockets, SSE etc. What else you think should be in OTP?

JSON support.
For LTE telecoms applications, the GTP protocol would not be a bad thing to have.

Neither are hugely complex, so having them done right in OTP would be a boon.

Edit - for the former, it looks like this has come up before: 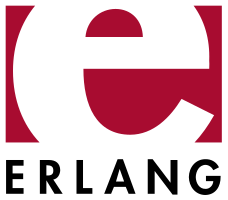 The official home of the Erlang Programming Language

A few things off the top of my head :

A few years ago, I could think of a lot of things to add, but in retrospect… yeah. I’d need to think a good bit on other things that could be added.

Aside from RADIUS, there’s already eprof, fprof, etc. are you thinking of improving those or some other type of profiling that doesn’t exist?

Ahh, a big one I forgot, observer for the command line similar to GitHub - zhongwencool/observer_cli: Visualize Erlang/Elixir Nodes On The Command Line

Aside from RADIUS, there’s already eprof, fprof, etc. are you thinking of improving those or some other type of profiling that doesn’t exist?

Yeah, that’s what I was getting at with something like eex, but more general purpose … See @OvermindDL1’s thoughtful response here : What do we need for better BEAM interop? - #6 by OvermindDL1

A few things off the top of my head :

One problem with including rebar3 as it stands is that it has a number of dependencies which aren’t part of OTP and would also have to be supported. I don’t think something in OTP should be dependent on something which is not in OTP.

I don’t think something in OTP should be dependent on something which is not in OTP.

Totally agree. But if the main goal/issue is - stop use dependencies, I believe that the parts of it will be or can be rewrites. Maybe good start will be describe and create tasks in GitHub with deep description and with label eg - help wanted.

is BERT-RPC an alive protocol used? I’d love to see a protocol widely used by other languages, like gRPC.

I believe everything can be vendored in, some deps dropped as well. Definitely would not come with external dependencies from the conversations I caught, and I agree.

Ahh yeah, another thing I forgot to note. If erlang/otp had something akin to eex, that would mean bbmustache could be dropped. I mean, so long as Fred and Tristan would be for that of course. But that would be another reason to have such a thing in OTP. I think it still needs further justification around usage at large beyond just it’s potential use in rebar, but yeah.

I would say not specific protocols, but some common concurency/distribution primitives, say

But also some set of interfaces/behaviors (similar to the work that have been done for logging):

Interface for more advanced configuration formats, other than sys.config / application:env (so, there is an interface to access the configuration and to handle configuration upgrades, but the syntax would depend on backend)

I think Lukas was talking about something similar here : Configuration of Erlang system

Some small library to control timeouts / timers (some abstraction on top of erlang:send_after / erlang:cancel_timer etc) - with gen_statem it might be not that usefull, but I implemented a tons of gen_servers with boilerplace code around send_after/cancel_timer etc)

I think that might be a great thing, and it’s the little things that go a long way and have big impact!

Probably some better API for timezone-aware date/time-based calculations, date/time formatting/parsing, similar to Python’s datetime. We have qdate, but it’s quite limited. But timezone database should be definitely shipped separately.

Having the shell extended to something similar to Kjell would be a nice addition for those of us who enjoy christmas tree modes.

“Why not just use Kjell?” - I never got it to work properly as a drop-in replacement.